The Innovation LabCast is a conversation among friends and in this episode, I (Dave Goodrich) have the pleasure of welcoming a good friend of mine to the conversation who I’ve been friends with since high school. It was there where we played soccer and basketball together and we have played in a handful of bands together. Beyond being a really good friend of mine over the years, Noah and my paths have continued to cross professionally on multiple occasions related in someway to educational technology. Noah is an accomplished musician and videographer whose work has spanned the public and private sectors in journalistic and commercial endeavors and most recently in highlighting the good work happening in Michigan through Grand Rapids Community College. Most recently, Noah has directed and produced a whole TV series called Cooking with Angus that premiered the ABC affiliate channel 13 in West Michigan last February. Beyond highlighted the culinary arts program at GRCC, it provided a globally immersive learning experience for some students in the program. Tonight, we explore the relationship of quality educational technology investments that simultaneously serve academic objectives and marketing purposes. Ladies and gentlemen, we give you Noah DeSmit. 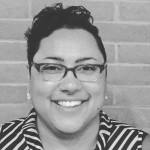 About the Author / Squad Goals Network